Funding for arts education is at risk across the globe, leaving many of today’s youth without these valuable outlets for personal development and creative expression. Since 2015, Levi’s® has partnered with respected artists and local community partners around the world to develop Levi’s® Music Project — an initiative that brings music education resources to community-based programs and the next generation of young musicians.

This past August, Levi’s® teamed up with Justin Timberlake to launch a project at Stax Music Academy in Justin’s hometown of Memphis, Tennessee. Justin surprised the students by showing up on-site for two days of songwriting and performance workshops, bringing along with him some of his closest collaborators: Timbaland, Danja, Rob Knox, and Elliott Ives. Working with Justin and his team, student groups honed and polished the songs they had been working on over the past several weeks, culminating in a concert for their friends and family inside Stax’s iconic Studio A. In addition to the workshops, Justin and Levi’s restored and updated the Stax facilities, bringing in new equipment and supplying stage-ready instruments. 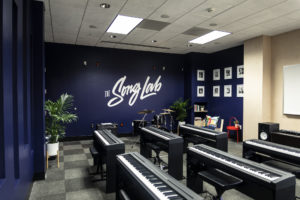 Since its founding in 2000, Stax Music Academy has fostered the creative talents of thousands of children in the Memphis area. Facilities are housed next door to the Stax Museum of American Soul Music at the former location of Stax Records, a record label integral to the development of Southern soul music. Creators of some of the most iconic sounds in soul music history like Otis Redding, Issac Hayes, and Booker T. & the M.G.’s recorded at Stax Records and once walked the halls where Stax Music Academy students now practice, collaborate, and perform. After nearly 20 years, the academy remains committed to nurturing the next generation of leaders who uplift their communities through music and service. 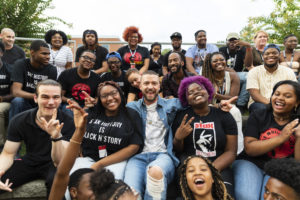 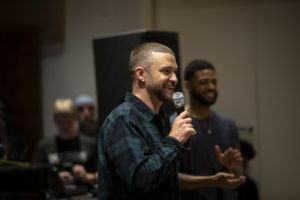 Through the Levi’s® Music Project, Levi’s® has helped give young people access to music education programs, community resources and experiences with industry-leading musicians. Levi’s® Music Project supports youth music education by connecting some of the world’s biggest artists with local community groups to provide long term resources that will equip local youth to impact the world through music. 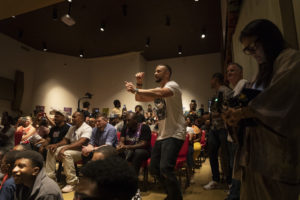 As an ongoing commitment to Stax Music Academy, Justin established a $100,000 scholarship fund so more Memphis youth can take their talent to the next level. “This music academy is so important to me, and I can’t wait to see what we’ll be able to accomplish in the future together,” Justin said.

The Levi’s® brand epitomizes classic American style and effortless cool. Since their invention by Levi Strauss & Co. in 1873, Levi’s® jeans have become the most recognizable and imitated clothing in the world – capturing the imagination and loyalty of people for generations. Today, the Levi’s® brand portfolio continues to evolve through a relentless pioneering and innovative spirit that is unparalleled in the apparel industry. Our range of leading jeanswear and accessories are available in more than 110 countries, allowing individuals around the world to express their personal style. For more information about the Levi’s® brand, its products and stores, please visit levi.com.

Multi-talented actor and musician Justin Timberlake has sold over 32 million albums worldwide, sold out arenas all across the globe, received numerous awards and nominations and has become one of the most highly respected entertainers in the business. Timberlake released the 4X Platinum-selling song “Can’t Stop The Feeling!” from the film “Trolls,” which debuted at No. 1 on the Billboard Hot 100, and ultimately the best-selling U.S. single for 2016. Additionally, it marked Timberlake’s 10th Grammy Award and garnered a nomination for an Academy Award and Golden Globe Award. Timberlake released his fourth solo album, “Man Of The Woods” in February and is currently on his sold out world tour in support of the project. A gifted actor, Timberlake has appeared in diverse films, including “Alpha Dog,” “Black Snake Moan” and “Shrek the Third.” He won strong reviews for his performance in the Academy Award-nominated “The Social Network.” Timberlake also has won four Emmy Awards for his appearances on “Saturday Night Live.”