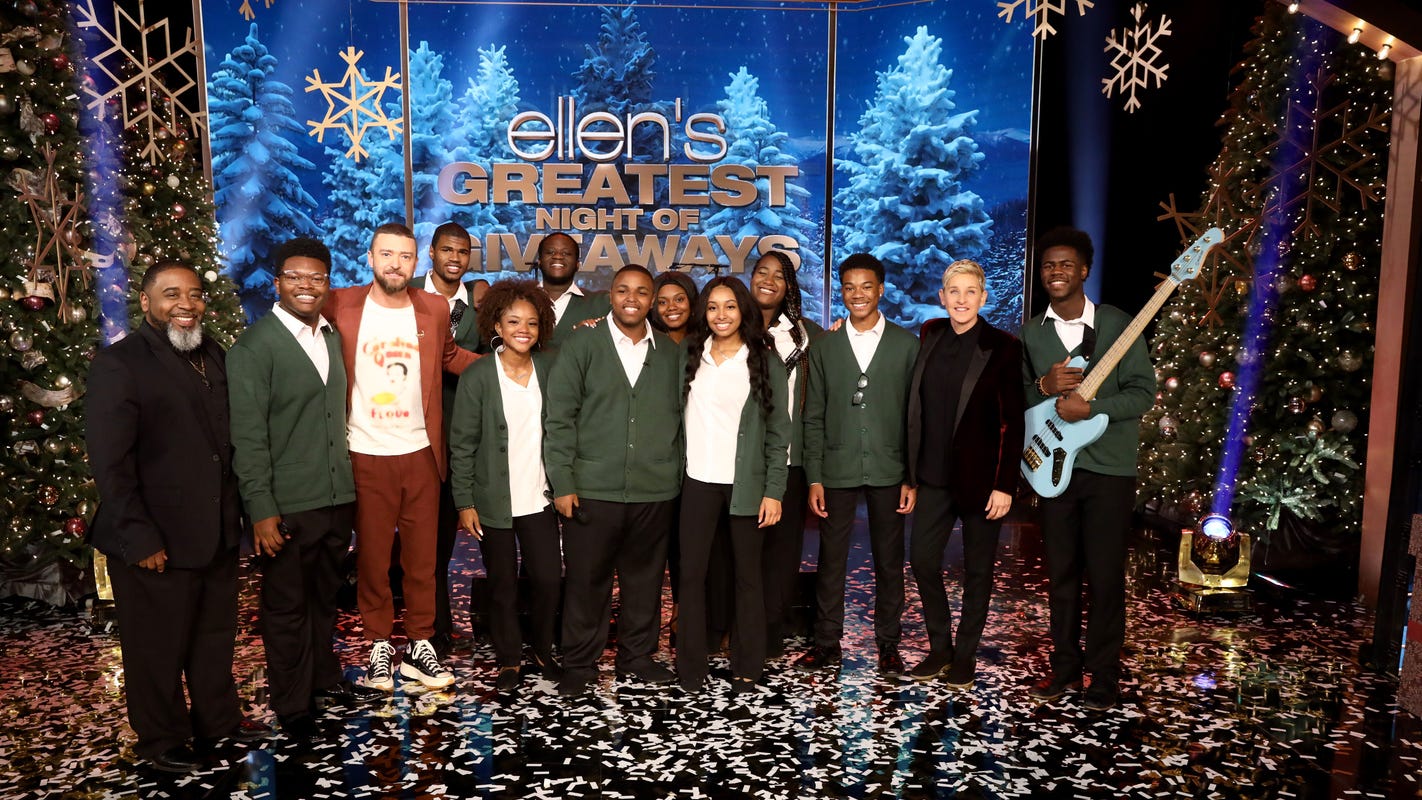 “As one thing led to another,” says Stax Music Academy executive director Pat Mitchell Worley, “and we found ourselves traveling to Los Angeles in late October to be on a special show with Ellen DeGeneres. This kind of national exposure is what our students and staff work so hard to achieve and it was a great, confidence-building experience for them. It was a lesson for the students in just what heights they can achieve if they stay focused, work hard, and practice whether they plan to be a professional musician or any other endeavor they pursue in life.”

Richard Greenwald, President and CEO of the Soulsville Foundation that oversees the Stax Music Academy along with the Stax Museum of American Soul Music and The Soulsville Charter School, says, “We couldn’t have imagined a better way to kick off the Stax Music Academy’s upcoming 20th anniversary and we are so appreciate for everything Justin Timberlake has done and continues to do for us, especially helping us establish this new relationship with the Levi’s Music project and now helping us with this opportunity with Ellen DeGeneres. We have set a fundraising goal of $1 million for the coming year and this will certainly help us get to that goal. We hope the momentum is just beginning and we look forward to all we have planned in 2020.”

The Stax Music Academy hosted a small, informal watch party in its band suite for students, families, and friends, who screamed and cheered while someone passed around a mammoth box of Kleenex.