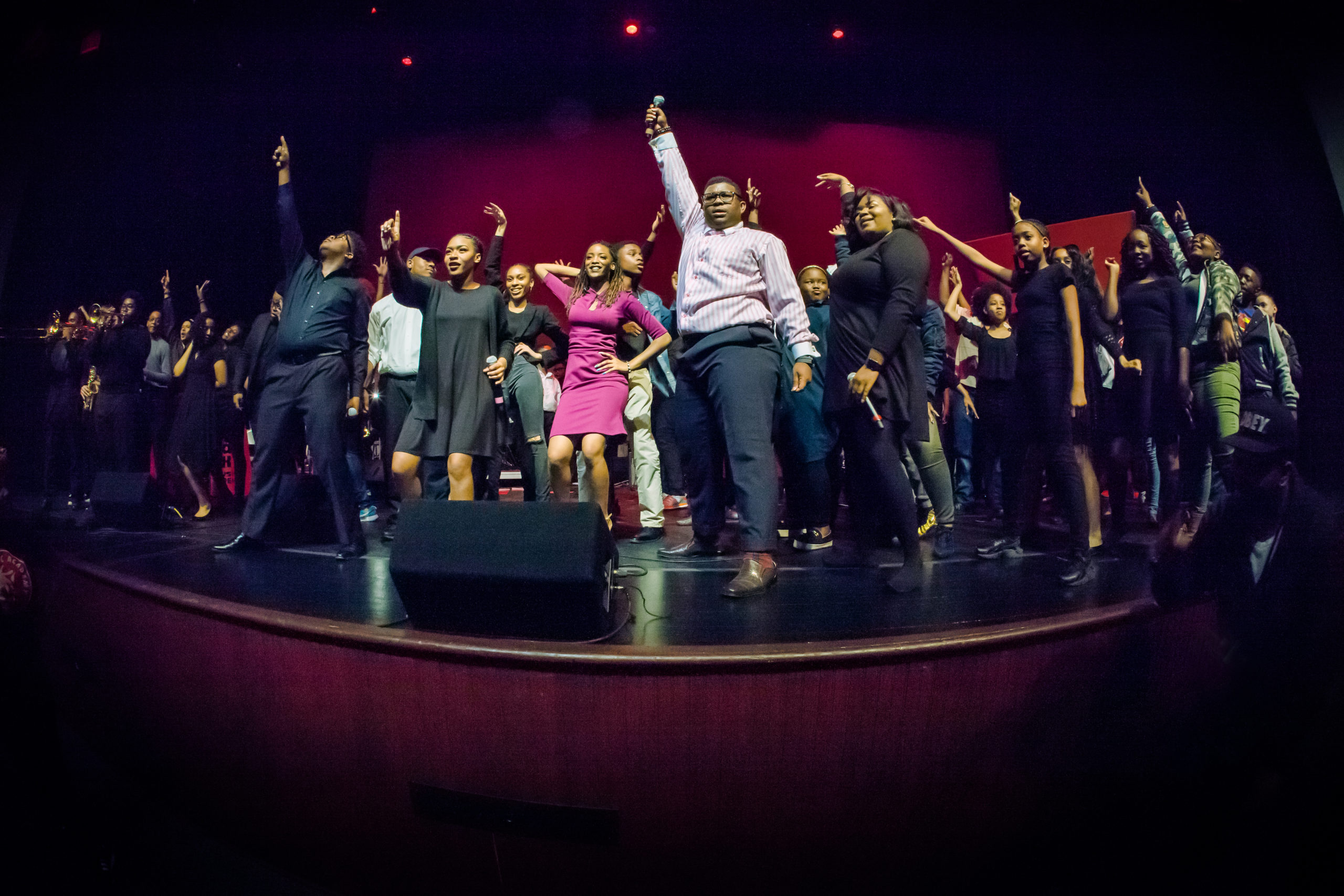 As part of the kickoff to its 20th anniversary year, Stax Music Academy will present a special Black History Month concert.

The event, titled “Let’s Do It Again,” will take place Feb. 25 at the Rose Theatre on the campus of the University of Memphis. Like most SMA concerts, the show’s set list will focus on the rich catalog of Stax Records and its sublabels — but, this time, there’ll be a twist.

In addition to performing the classics, Stax Music Academy will show the lasting influence and continuing impact of the label by playing contemporary songs — by artists ranging from Destiny’s Child to Ariana Grande — that incorporate or sample familiar Stax sounds.

Pat Mitchell Worley, executive director of Stax Music Academy, said the theme of the concert is a way to connect multiple generations of music fans.

“As we enter our 20th year, we were looking back, thinking about what we teach at the SMA, and it’s based on this foundation of Stax Records. Some people would say those are old songs, but we wanted to prove that the music is still relevant today. Not just in their original form but in the way Stax music is being repurposed by contemporary artists,” she said, noting tracks like Grande’s hit “fake smile,” which is built around a sample of the 1964 Wendy Rene song, “After Laughter,” or the John Legend song “Who Do We Think We Are,” which draws on the Jean Knight 1971 hit “Mr. Big Stuff.”

“This show gives us an opportunity to show young people that this is not just your parents’ music,” she said. “These songs, you’re still hearing them today whether you recognize them or not.”

The SMA students have been rehearsing for more than a month for the concert, learning the newer material. “Of course they know Isaac Hayes and Sam and Dave, and as far as the contemporary songs — whether it’s Ariana Grande or John Legend — they may know them, but they’ve never performed them. So there’s a lot of work that goes into prepping this show,” Worley said.

The Black History Month concert is typically Stax Music Academy’s biggest show of the year, and “Let’s Do It Again” will feature appearances by all its various groups — including the a capella, jazz, and junior and senior high school ensembles.

Significantly, Worley notes that the recently formed SMA songwriting group will also have a prominent role in the evening. The original songwriting component of the SMA curriculum got a major boost last summer, thanks to Memphis pop star Justin Timberlake. Timberlake established formal ties with the SMA in August when, as part of a Levi’s funded effort, he installed a new songwriting lab in the academy and conducted a camp for students. Timberlake also pledged $100,000 toward a scholarship fund for SMA students over the next four years.

As way of signaling to the future, the “Let’s Do It Again” show will feature one of the songs written by the SMA students during the Timberlake camp.

“After we do all of these contemporary Stax-connected hits, we end the show with a taste of what’s to come,” Worley said. “The show finale is one of the songs written during the Timberlake songwriting camp. It’s a way of saying to these young students that it’s their time to write the new Memphis classic.”