NOVEMBER, 2020 –  Concord, in partnership with Stax Records, the Stax Music Academy (SMA) and the Soulsville Foundation recently held a six-week virtual event that paired high school students from the Academy with some of the top songwriting and publishing experts in the music business and a who’s who of renowned songwriters and producers. The Songwriting Workshop Presented by Concord Music Publishing (CMP) was orchestrated by Concord to provide the Memphis-based Stax Music Academy (SMA) students with in-depth information about music publishing and offer critiques of their original music. The Songwriting Workshop will be an annual event that will take place during the fall semester.

A cohort of 25 high school aged SMA songwriting students were separated into five groups with five students per group, each completing an original song for the September start date. The songs were critiqued over zoom sessions hosted by Concord Music Publishing’s Jeremy Yohai (SVP, A&R) with support from Matt Megan (Senior Manager of Special Projects) and a guest songwriters secured by Yohai: 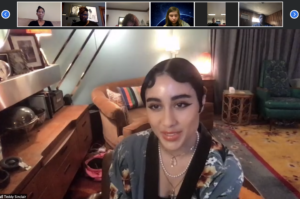 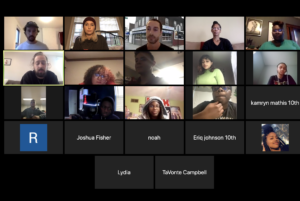 During the workshops, students were allowed to ask a wide range of questions. The songwriters shared personal stories, gave career-oriented advice and offered feedback and suggestions on the students’ original songs. Topics ranged from the difference between publishing and master recordings to how to improvise to make songs conversational, improving technical aspects of recordings, finding inspiration through emotion, improving a song’s rhythmic flow and the importance of internships.

According to Michele Smith, Concord’s VP, Estate & Legacy Brand Management, “When a group of SMA students visited Los Angeles in late 2019, Concord invited them for a lengthy tour of our offices and when they met with executives they asked so many pertinent questions about the music industry, particularly publishing. We were impressed and wanted to give them even more opportunity to engage with others on a more structured, personal level. This was the impetus for The Songwriting Workshop and we were excited to bring in these noted songwriters and performers to add one more layer to their music education.”

SMA Executive Director Pat Mitchell Worley added, “SMA historically has been more of a performance-oriented music school and its students have taken their interpretations of Stax music all over the world to very prestigious venues in Australia, Italy, England, Germany, France and around the United States. Recently, we have begun to shift our focus to creating original music and studying music business with most classes and youth development sessions being done virtually now. This was an invaluable experience for our students. We are very grateful to Concord for partnering with us to make this possible.”

The company’s historical labels are managed by its Craft Recordings team, and include such storied imprints as Fania, Independiente, Milestone, Musart, Nitro, Pablo, Prestige, Riverside, Savoy, Specialty, Stax, Telarc, Varèse Sarabande, Vee-Jay and Wind-up. Concord’s master recording portfolio contains more than 16,000 active albums and includes no less than 284 GRAMMY® winners (representing over 6.5% of all the GRAMMYs® ever awarded) and over 400 gold, platinum, multi-platinum and diamond RIAA certifications across 215 titles.

CONCORD THEATRICALS is the world’s most significant theatrical company, comprising the catalogs of R&H Theatricals, Samuel French, Tams-Witmark and The Andrew Lloyd Webber Collection. Concord Theatricals is the only firm providing truly comprehensive services to the creators and producers of plays and musicals, including theatrical licensing, music publishing, script publishing, cast recording and first-class production.

Concord is a private company funded by long-term institutional capital and members of Concord’s management team. At the forefront of intellectual property valuation, acquisition and utilization, the Concord investment underscores the partners’ belief in the lasting and appreciating global value of superior original creative content.

The Soulsville Foundation is the 501 (c) 3 nonprofit organization that operates the Stax Museum of American Soul Music, Stax Music Academy, and The Soulsville Charter School, all on a vibrant campus at the original site of Stax Records in Memphis, Tennessee. Its mission is to perpetuate the soul of Stax Records by preserving its rich cultural legacy, educating youth to be prepared for life success, and inspiring future artists to achieve their dreams.

The Stax Music Academy is a premier afterschool and summer music institute that provides industry-centric music education combined with creative youth development programming. It is the only music institute in the world that focuses on the musical art form created at Stax in the 1960s and 70s and how the evolution of that music can translate into the original music students are creating today.