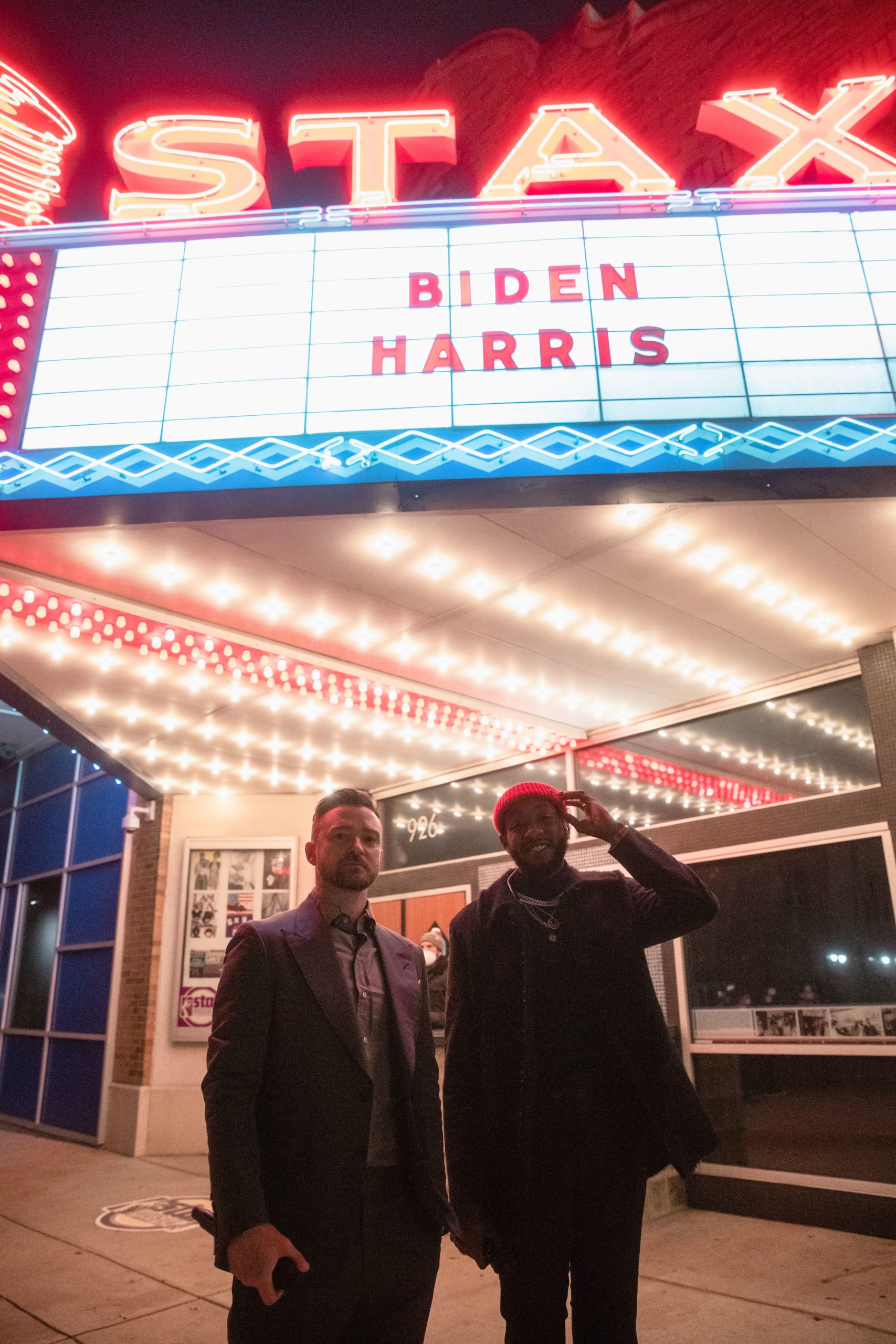 Memphis, TN – January 20, 2021 — Tonight, multi-platinum global superstar Justin Timberlake returned to his hometown of Memphis, TN, bringing along GRAMMY-nominated artist Ant Clemons for an inspiring and all-new rendition of their song “Better Days,” at the iconic Stax Museum of American Soul Music as part of the primetime broadcast special, “Celebrating America,” in honor of the inauguration of Joe Biden and Kamala Harris. The pair also invited students and alumni of Stax Music Academy, music education and youth development program, to perform alongside them with a band led by Emmy nominated musical director Adam Blackstone who provided the live production and arrangement for the performance version of the song. As an added bonus for fans, music legend and 16-time GRAMMY winner Kirk Franklin offers an inspirational message to “Better Days ft Justin Timberlake (Inauguration version w/ Kirk Franklin)” (A. Blessing/ Human Re Sources),a special version of the song currently available on all streaming platforms now. Listen to the track [HERE] and watch the performance [HERE].

KIRK FRANKLIN ADDS INSPIRATIONAL MESSAGE ON TRACK AVAILABLE ON ALL 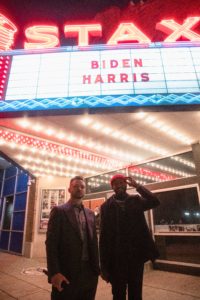 “The fact that the Stax Museum and Stax Music Academy were chosen by Justin Timberlake, Ant Clemons and the Presidential Inaugural Committee to represent Memphis, Tennessee in the 2021 presidential inauguration, speaks not only volumes about the power, magic, and timelessness of soul music, but also casts a bright light on the work we have been doing here at the Soulsville Foundation for more than 20 years now,” said Soulsville Foundation President and CEO Richard Greenwald. “We are grateful to our friend Justin Timberlake for embracing our mission and genuinely caring about the young people with whom we work every day.”

The Stax Museum of American Soul Music is the only museum in the world dedicated to preserving and promoting the legacy of Stax Records and the Memphis Sound, celebrating the music and accomplishments of artists such as Otis Redding, Isaac Hayes, the Staple Singers, Sam & Dave, Al Green, Aretha Franklin, and hundreds of others. Timberlake has regularly noted how much the music of Memphis and Tennessee, including The Memphis Sound and the artists of the iconic Stax Records, heavily influenced him as a kid and as an artist.

Timberlake began his relationship with Stax Music Academy in 2019, when he partnered with Levi’s® for their Levi’s® Music Project where he surprised students with a two-day songwriting workshop with Timbaland, Danja and Rob Knox and Elliot Ives. Levi’s® and Timberlake also equipped the school with a new room called “The Song Lab” – a remodeled facility meant for songwriting workshops and he also surprised 30 of Stax Music Academy’s 9th-12th grade youth musicians who completed Stax’s advanced music theory course with an all-new songwriting class. Students met for two hours every Friday afternoon after school for ten months with instructors to hone their songwriting skills. Stage-ready instruments, as well as recording, audio, and production equipment, were also donated by Guitar Center, Gibson, Native Instruments, Shure, and Universal Audio. See a video of his visit HERE.

A few months later, Timberlake used his platform to bring attention to Stax Music Academy during a taping of Ellen’s “Greatest Night of Giveaways,” holiday special where he surprised one of the students with tickets to the GRAMMYs, a full scholarship to the GRAMMYs camp and $50,000 on behalf of Green Dot. In addition, Green Dot also gave Stax Music Academy $250,000. See clips from the show HERE and HERE.

Since its founding in 2000, Stax Music Academy has gone on to serve and foster the creative talents of over 4,000 children in the Memphis area. Both are located at the original site of the Stax Records studios in the Soulsville USA community of Memphis, Tennessee. The Stax Music Academy offers drastically discounted tuition and scholarships to middle and high school aged singers and musicians and provides a holistic music education that prepares them for music scholarships to college and careers in the music industry. To donate to Stax Music Academy, Stax Museum, or the Soulsville Foundation, click HERE.

Timberlake and Clemons first premiered “Better Days,” for “Rock the Runoff,” a virtual fundraiser for Stacy Abrams’ organization, Fair Fight” in December. Clemons first conceived the idea of the song months before the Presidential Election last year and brought it to Timberlake. They worked on writing the song together and coincidentally Justin laid down his vocals on Election night as he watched the returns. See the original performance HERE.

Multi-talented actor and musician Justin Timberlake has sold more than 32 million albums worldwide, sold out arenas across the globe, received numerous awards and nominations and has become one of the most highly respected entertainers in the business. He released the four-time platinum-selling song “CAN’T STOP THE FEELING!” from the film Trolls, which debuted at No. 1 on the Billboard Hot 100, and was ultimately the best-selling U.S. single in 2016. The single marked Timberlake’s 10th Grammy and garnered a nomination for an Academy Award and Golden Globe. This year he starred in and served as the Executive Music Producer for Trolls World Tour, the sequel to Trolls. Trolls World Tour was the biggest opening day and opening weekend ever for a digital title and was the No. 1 title across all major on-demand platforms. His new film “Palmer” will be released on Apple TV + on Jan. 29.