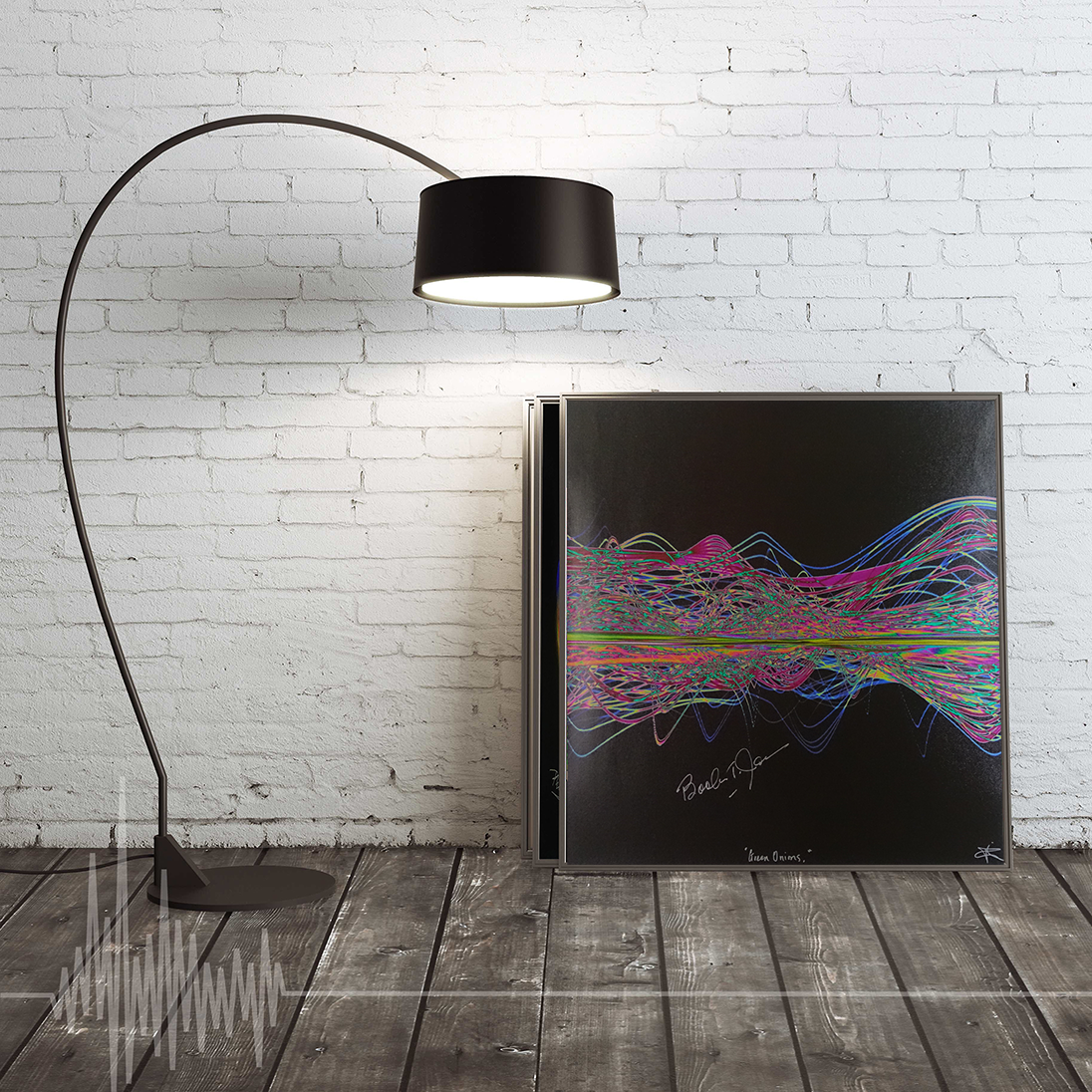 Stax Records icon, Rock and Roll Hall of Famer, and GRAMMY Lifetime Achievement Award winner Booker T. Jones of Booker T. & the MGs has teamed up with the London, UK/Austin, Texas-based Soundwaves Art Foundation to help raise funds for the nonprofit Stax Music Academy, an afterschool and summer music institute at the original site of Stax Records in Memphis, Tennessee.

Soundwaves has created an artwork based on Booker T. & the MGs’ audio recording of their 1962 classic “Green Onions,” the instrumental R&B tune that helped set the stage for the future success of Stax Records and solidified Booker T. & the MGs’ reputation as the best house band in musical history.

Jones has autographed four original artworks and a limited edition series of 50 numbered prints. The signed artworks go on sale today, November 12, 2020, which is Jones’ 76th birthday. The originals are $1,000 each and prints are $200 each. The artworks may be purchased at this link: https://soundwavesartfoundation.com/band/booker-t/

Sales will benefit the Stax Music Academy, which offers drastically reduced tuition by providing scholarships for the majority of its students. Former Stax Records owner Al Bell introduced the Soundwaves Art Foundation to Stax Music Academy earlier in the year.

Earlier in 2020, Elvis Costello teamed with Soundwaves for artwork inspired by his classic 1983 hit “Pump It Up” to raise funds for the Stax Music Academy and pop icon Huey Lewis recently did the same with artworks based on “The Power of Love.”

Jones has visited and supported the Stax Music Academy since its inception in 2000. In 2017 he held a workshop in Memphis to help the students prepare for a European concert tour to celebrate the 50th anniversary of the original 1967 Stax/Volt European Tour. Stax Music Academy students also opened for Jones at a Memphis concert in January 2020, shortly after the adjacent Stax Museum of American Soul Music hosted a book signing with Jones for his new memoir, Time is Tight: My Life Note by Note. His 2019 album Note by Note features vocals by Stax Music Academy alumna Evvie McKinney, winner of the inaugural season of ABC’s The Four and now a singer signed to the Motown Gospel Group.

“It’s incredible to me,” Jones said, “that there is a music institute at the original site of Stax Records, where middle and high school students are studying the music we created at Stax decades ago. They are so talented and impressive and I am happy for this opportunity to help keep their music education moving forward. They are the future of music. It’s also a great way for me to celebrate my birthday.”