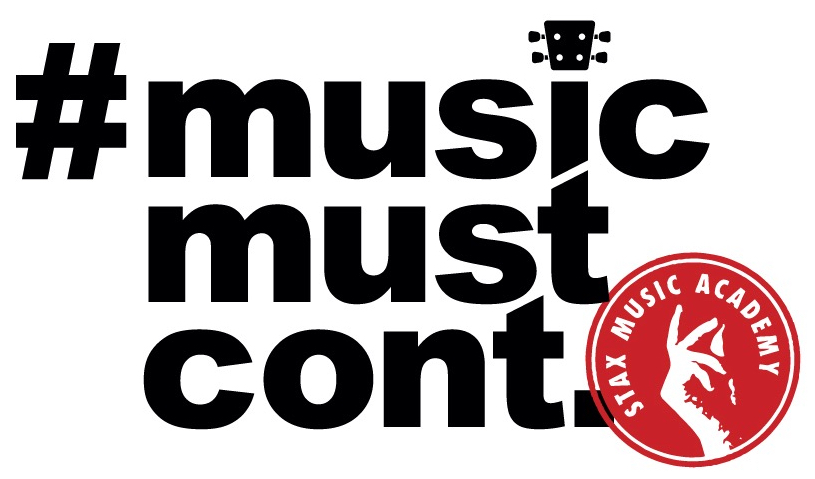 Music and Community have always been sources of hope and inspiration during trying times. Our youth need that now more than ever.  The Stax Music Academy is happy to announced that we exceeded our $50,000 goal in our #MusicMustContinue campaign that wrapped up in September. The funds will help close the tuition gap for students and families who continue to experience negative financial hardships due to the COVID-19 pandemic, and help SMA offer online music lessons to any student in Shelby County regardless of which school they attend.

It costs Stax Music Academy $9,000 to provide music education and youth development programming for each student annually, but no family ever pays more than $1,000. And 80% of our families pay as little as only $200 thanks to need-based scholarship we provide through fundraising efforts like this. Stax Music Academy students are disproportionately impacted by the global pandemic. Many of their families are struggling and unable to pay tuition at any amount. The #MusicMustContinue campaign hopes to ensure that no child has to give up his or her chance to receive an intensive music education designed to prepare them for music scholarships to college or careers in the music business.

Thank you to our campaign sponsors:

The Stax Music Academy (SMA) is a premier afterschool and summer music institute specializing in intensive, industry-centric music education combined with holistic youth development programming designed for social and emotional growth and postsecondary preparedness in college and/or the music business. An entity of the Soulsville Foundation, it is located at the original site of Stax Records in Memphis, Tennessee, where it shares a campus with the Stax Museum of America Soul Music and The Soulsville Charter School. It is the only music institute in the world that focuses on the musical art form created at Stax Records in the 1960s and 70s – the Southern Soul Music genre created by the likes of Otis Redding, Sam & Dave, the Staple Singers, Rufus and Carla Thomas, Isaac Hayes, Albert King, the Bar-Kays, Wilson Pickett, Booker T. & the MGs, and 2020 National Endowment for the Arts National Heritage Fellow William Bell.

Now in its 20th year, SMA’s staff of professional musicians teaches students how the evolution of soul music, rhythm-and-blues, and “The Memphis Sound” can translate into the present and future of the original music they are creating today. The academy fills a vital need in the current lack of afterschool programs and dearth of music education in public schools. With an evidence-based track record of preparing middle and high school students for postsecondary success as socially conscious adults adept at working within a creative team while maintaining their individuality, SMA is a leader in its field and shares its best practices with likeminded organizations throughout the country.