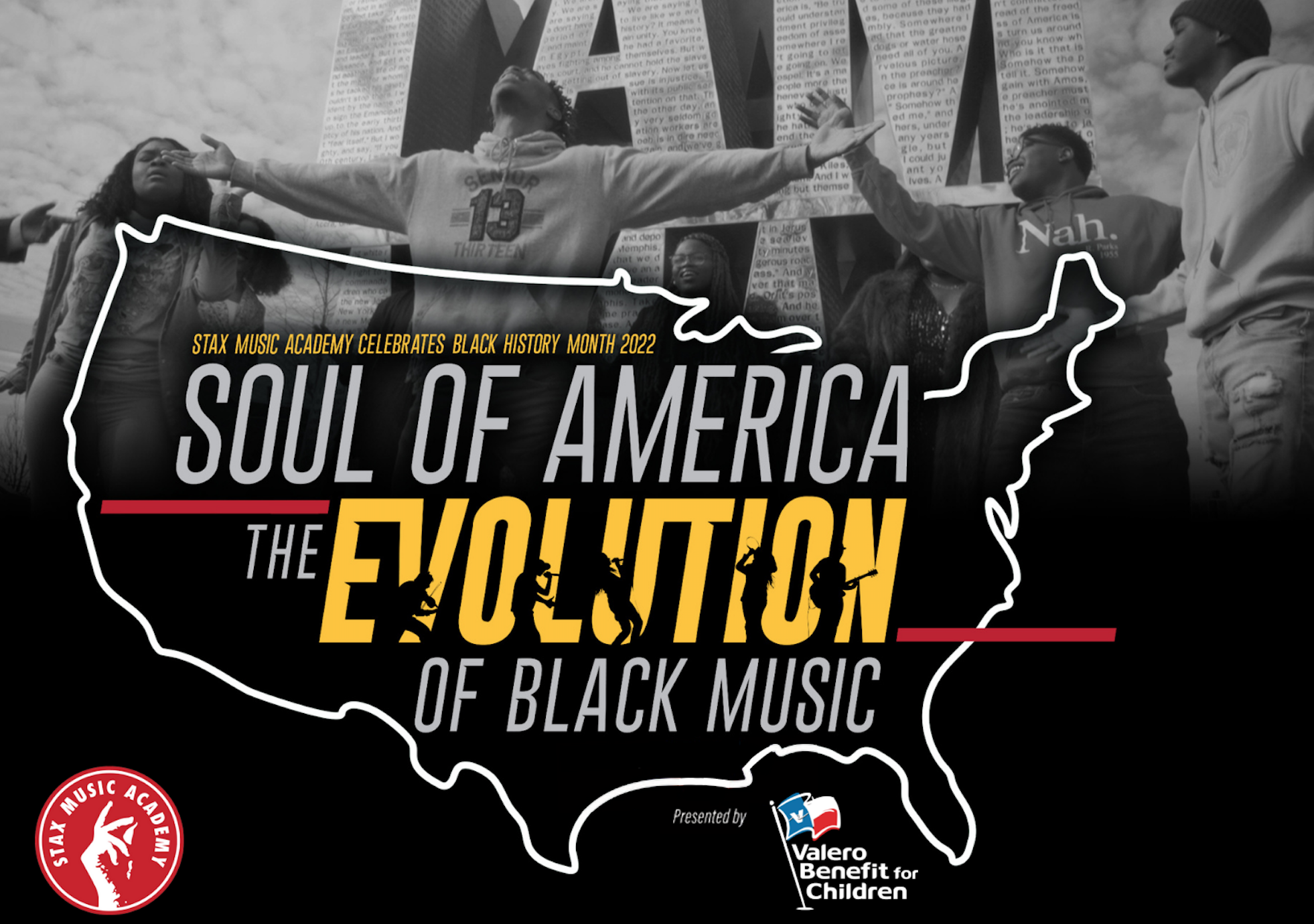 In February 2022, the Soulsville Foundation’s Soulsville Foundation’s Stax Music Academy and Stax Museum of American Soul Music will release original virtual Black History Month productions that offer two distinct but complementary celebrations of Black American Music and its impact on American culture.  We invite you to join us by registering today and help youth all over the world experience the evolution of American Soul Music. And learn more about the rich history of Stax Records.

SOUL OF AMERICA: An Evolution of Black Music

Join Stax Music Academy (SMA) students as they explore the people, places, politics, economics, and culture that gave birth to Black American Music that continues to be relevant decades later. After the extraordinary national/international success of SMA’s virtual programming last year, with more than 130,000 viewers in 27 states and 12 foreign countries, our 2022 Black History Month productions will offer even more. In this virtual celebration, SMA will perform a series of performance videos from the early sounds through today, checking in with greats like B.B. King, the Pointer Sisters, Ike & Tina Turner, Rufus Thomas, and Duke Ellington to current pop music titans like Beyonce and Janelle Monae. The videos will be filmed at special locations throughout Memphis and the South that spotlight the cradle of Black American Music. Our companion study guides feature home and classroom lesson plans created for elementary, middle, and high school students, plus group discussion topics for college-aged clubs and organizations. We invite you to join us as we explore Black Music’s contributions to the Soul of America. 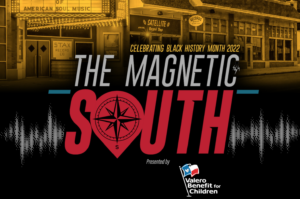 How did a record company that started in a North Memphis garage, and ended up in an old movie theater in South Memphis, become one of the most successful record companies of the 1960s and 70s? THE PEOPLE. The company’s founders were attracted to the music-rich legacy of what would become the Soulsville USA neighborhood, and as Stax Records grew, it created opportunities for innovators, entrepreneurs, creatives, and civic-minded artists, some from Memphis, others from far beyond the city. The Stax Museum’s 2022 Black History Month virtual tour focuses on how four Stax icons: promotions man and eventual Stax Records owner Al Bell, songwriter/recording artist Bettye Crutcher, famed drummer Al Jackson, Jr., and Mavis Staples of the Staple Singers. The tour examines how all were drawn to the opportunities at Soulsville USA, how the community influenced them, what they contributed, and how their legacies continue to inform and inspire the personal and professional journeys of musicians across Memphis and the globe. These stories will be told by Memphis musicians Keia Johnson, Tonya Dyson, Terence Clark, and actor Kenon Walker.