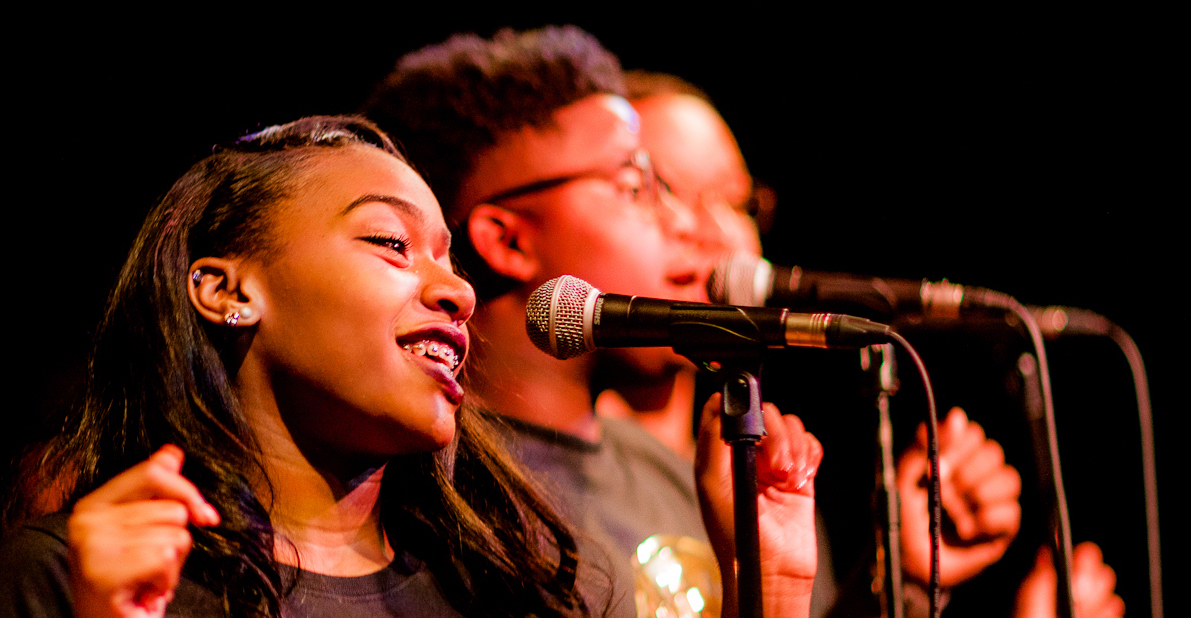 Earlier this year, Stax Records owner Concord announced the Concord Stax Scholarships. The scholarships will provide full tuition for at least 20 students of Stax Music Academy (SMA) in each year over the next five school years. Every scholarship will be awarded based on financial need and merit and will be presented to each student in the name of an iconic Stax recording artist or executive. This includes Stax Records founder Jim Stewart, former Stax Records owner Al Bell, members of famed Stax solo and house band Booker T. and the MG’s, former Stax Records performing artist and Director of Publicity Deanie Parker, The Bar-Kays, Otis Redding and William Bell, to name but a few.

Concord and SMA are happy to congratulate the following young musicians who have been awarded scholarships for the 2021-2022 academic year.

Operated by the Soulsville Foundation, the Stax Music Academy inspires young people from under-resourced communities in the greater Memphis area with industry-centric music education and creative youth programming that enhances their academic, cognitive, performance and leadership skills by utilizing music with an intense focus on the rich legacy and tradition of Stax Records. Since its founding in 2000, SMA has fostered and coached over 4,000 students in instrumental and vocal training, music theory, the art of storytelling through composition of their own music and the basics of the music business to assure that each young artist has the necessary knowledge to earn a music scholarship to college and understands how to make a living in music.

In the face of seemingly insurmountable challenges presented by COVID over the last 18 months, all 13 seniors in the SMA 2021 graduating class earned music scholarships to college, some with multiple offers.

“During its first 20 years, the Stax Music Academy has instilled discipline, leadership, teamwork and the skills needed to be a great musician to thousands of students,” stated Concord Board Chairman Steve Smith. “What’s more, the 100% SMA student college acceptance rate—now twelve years in a row—is powerful evidence of SMA’s exceptional programs and instructors, inspired by the cultural ideals of the original Stax. On behalf of Concord and its friends and family, I’m honored to congratulate this inaugural group of Concord Stax Scholarship awardees. We’ll be there to celebrate as each of you champion artists, elevate voices, and impact culture for decades to come.”

Stax Records’ Director of Publicity and Artist Relations throughout most of its history and founding President and CEO of the Soulsville Foundation Deanie Parker said, “It’s very gratifying to have Stax Records’ owners Concord embrace the same spirit of hope and opportunity with youngsters at the Stax Music Academy that we had at Stax Records during its 1960s and 70s heyday. This music is indelible and a testament to the label’s creativity and world-wide love for The Memphis Sound.”“This has been a project in the making for some time, with Concord board chair Steve Smith and others at their offices around the world working tirelessly to provide this funding, especially at a time when so many are negatively impacted by the COVID pandemic,” commented Soulsville Foundation President and CEO Richard Greenwald. “We are very grateful to be able to announce these scholarships to these deserving students and look forward to announcing more as we move forward for years to come.”

For more info on the Concord Stax Scholarship

To donate to the Stax Music Academy

Concord is the independent, worldwide leader in the development, management and acquisition of sound recordings, music publishing, theatrical performance rights and narrative content. Headquartered in Nashville with additional offices in Los Angeles, New York, London, Berlin and Miami, Concord also has staff in Toronto, Tokyo and Melbourne. The Company’s catalog consists of nearly 900,000 songs, composed works, plays, musicals and active recordings which are licensed in virtually every country and territory worldwide.

The Soulsville Foundation is the 501 (c) 3 nonprofit organization that operates the Stax Museum of American Soul Music, Stax Music Academy, and The Soulsville Charter School, all on a vibrant campus at the original site of Stax Records in Memphis, Tennessee. Its mission is to perpetuate the soul of Stax Records by preserving its rich cultural legacy, educating youth to be prepared for life success, and inspiring future artists to achieve their dreams.

The Stax Music Academy is a premier afterschool and summer music institute that provides industry-centric music education combined with creative youth development programming. It is the only music institute in the world that focuses on the musical art form known as Southern Soul Music and The Memphis Sound created at Stax in the 1960s and 70s and how the evolution of that music can translate into the original music students are creating today.