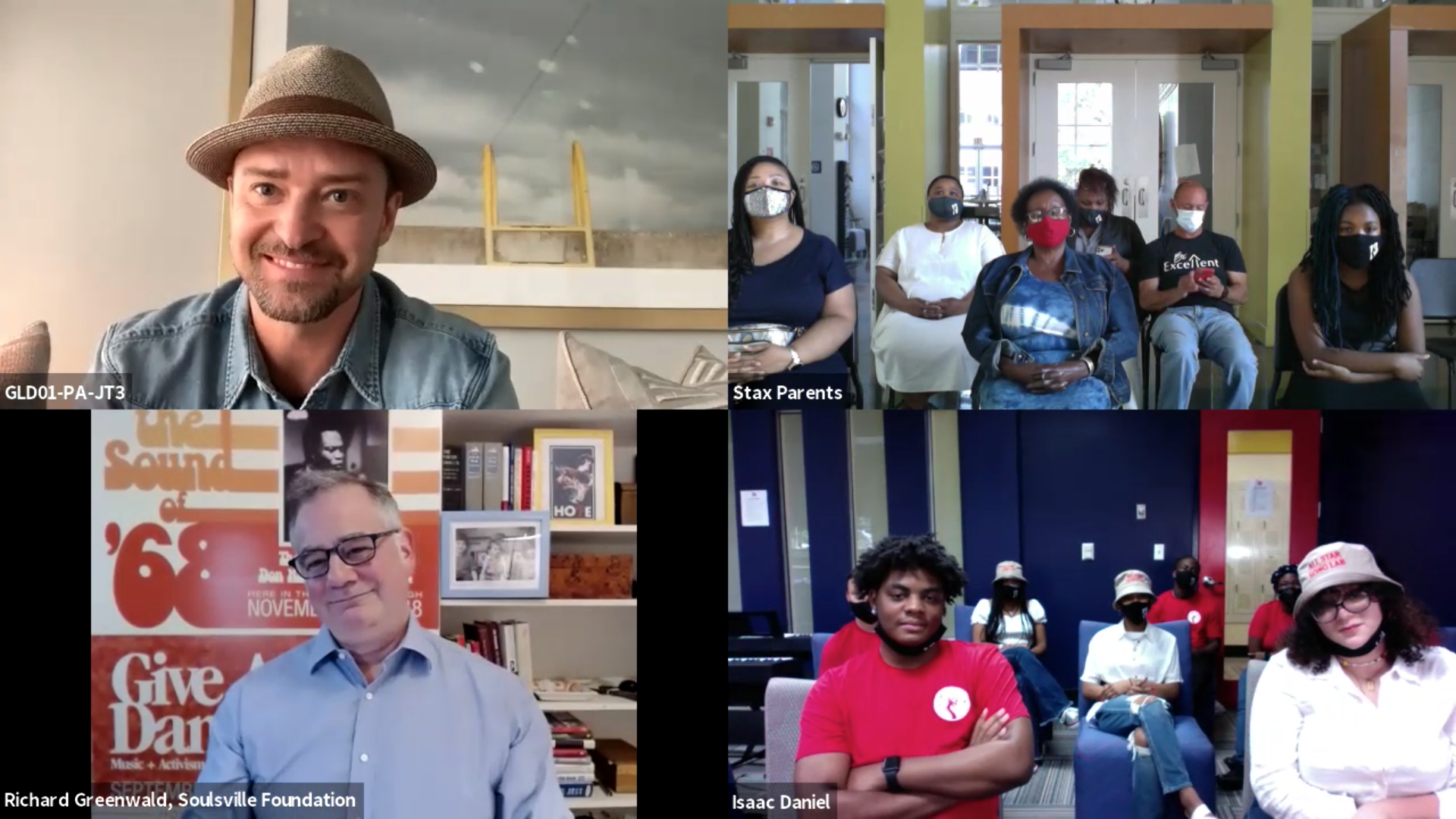 This week, Justin Timberlake was back in Memphis — at least via computer — as he video conferenced into a workshop with students of the Stax Music Academy.

Timberlake and a team of his associated producers, musicians and industry figures helped guide a two-month creative class and mentorship program, called the “All Star Song Lab.” Eight Stax Music Academy students, working as teams, were invited to take part in the program.

On Thursday evening, the Memphis-born pop star celebrated the completion of the “All Star Song Lab” with the students and their parents during an event in which the songs they wrote and recorded as part of the program were played.

Although Timberlake had conducted a similar workshop in 2019 in person at the academy, the pandemic forced this year’s more expansive effort to take place virtually.