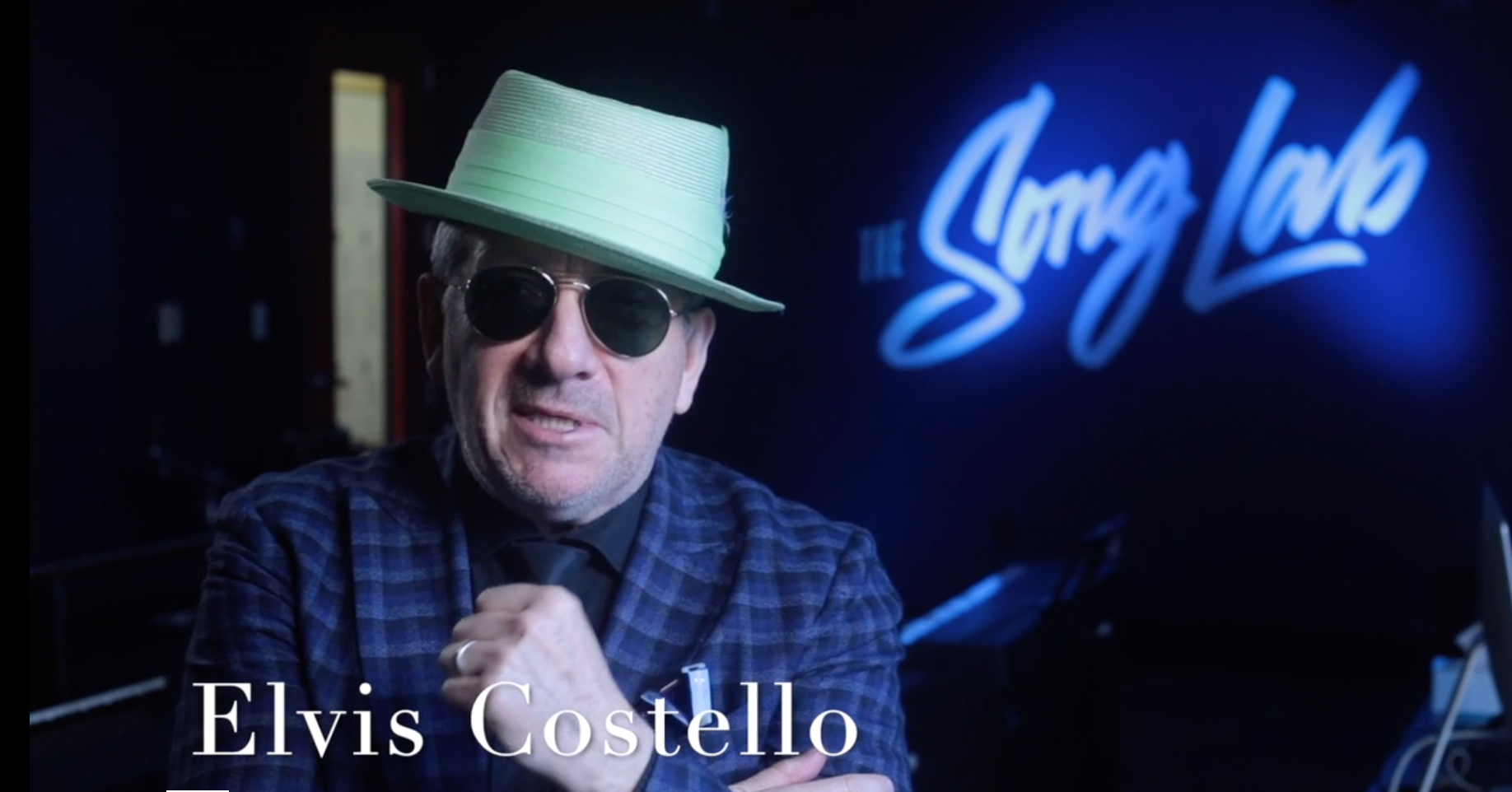 GRAMMY©-winning artist and Rock and Roll Hall of Famer Elvis Costello has teamed up with Soundwaves Art Foundation to “Pump It Up” for the nonprofit Stax Music Academy, located at the original site of Stax Records in Memphis, Tennessee, adjacent to the Stax Museum of American Soul Music.

Soundwave’s Tim Wakefield has created an original artwork based on Costello’s audio recording of his 1978 classic “Pump It Up” and produced a limited-edition collection of prints that are individually numbered and signed by Wakefield and Costello, as well as four originals. Sales will benefit the Stax Music Academy, which was forced to close its physical facility in March and move to virtual learning due to the COVID-19 pandemic. Former Stax Records owner Al Bell introduced the Soundwaves Art Foundation to Stax Music Academy earlier in the year.

The prints and originals were offered for sale starting July 15, 2020 with social media posts from Costello, Stax Music Academy, Stax Museum, and others. All four originals sold the first day at $2,500 each and roughly half of the prints sold that day for $450 each.

Soundwaves, which was founded by Wakefield and his son Tom in 2007 and has offices and studios in London and Austin, Texas, has raised some $2.8 million for nonprofit organizations around the world, creating original artworks based on songs by the world’s top musical artists from Pearl Jam and Paul McCartney to Fleetwood Mac and Lin-Manuel Miranda. 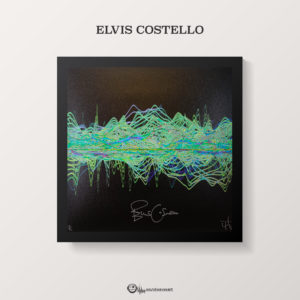 Soundwaves “Pump It Up” art print

Costello is a longtime fan of Stax Records. His 1980 cover of Sam & Dave’s “I Can’t Stand Up for Falling Down” soared to the top five in the British charts; his most recent single, “Hetty O’Hara Confidential,” was released July 10, 2020 by Concord Records, a division of Concord, which also owns Stax Records. He’s been a frequent visitor to the Stax Museum and Stax Music Academy, both entities of the nonprofit Soulsville Foundation, most recently visiting in early 2020 to film a video about the intensive music education and youth development programming the academy provides. 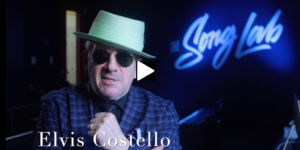 “This has been an incredible partnership from the day we met Tim and Tom Wakefield,” said Soulsville Foundation spokesperson Tim Sampson. “They were so eager to help raise funds for the Stax Music Academy because they believe in the work we do, and then the COVID-19 pandemic hit almost immediately. Rather than allowing that to slow things down, Soundwaves went straight to work knowing that we had suspended tuition in the midst of the new virtual learning process and were in need of immediate funding. We can’t thank them and our friend Elvis Costello enough for helping us celebrate our 20th anniversary this year in spite of all the challenges everyone is facing.”

Tim Wakefield added, “I’ve been a fan of Stax Records for a very long time and when I learned there was a school at the original site that was carrying forward that incredible legacy by teaching it to young people today, I knew this was something Soundwaves wanted to support. My sincere hope is that we get more major artists on board in the future to help out the way Elvis has done.”

Costello sums up the campaign quipping, “I think this is the first time anyone has paid money to look at my voice. That said, I am really grateful to those who have made these contributions in support of the great work done by my friends at the Stax Music Academy.”

The Stax Music Academy is a premier afterschool and summer music institute that offers industry-centric music education combined with holistic youth development programming designed for students’ social and emotional growth. It is the only music institute in the world that focuses on the musical art form created at Stax in the 1960s and 70s, teaching students how the evolution of rhythm-and-blues, soul music, and “The Memphis Sound” can translate into the present and future of the original music students are creating today.