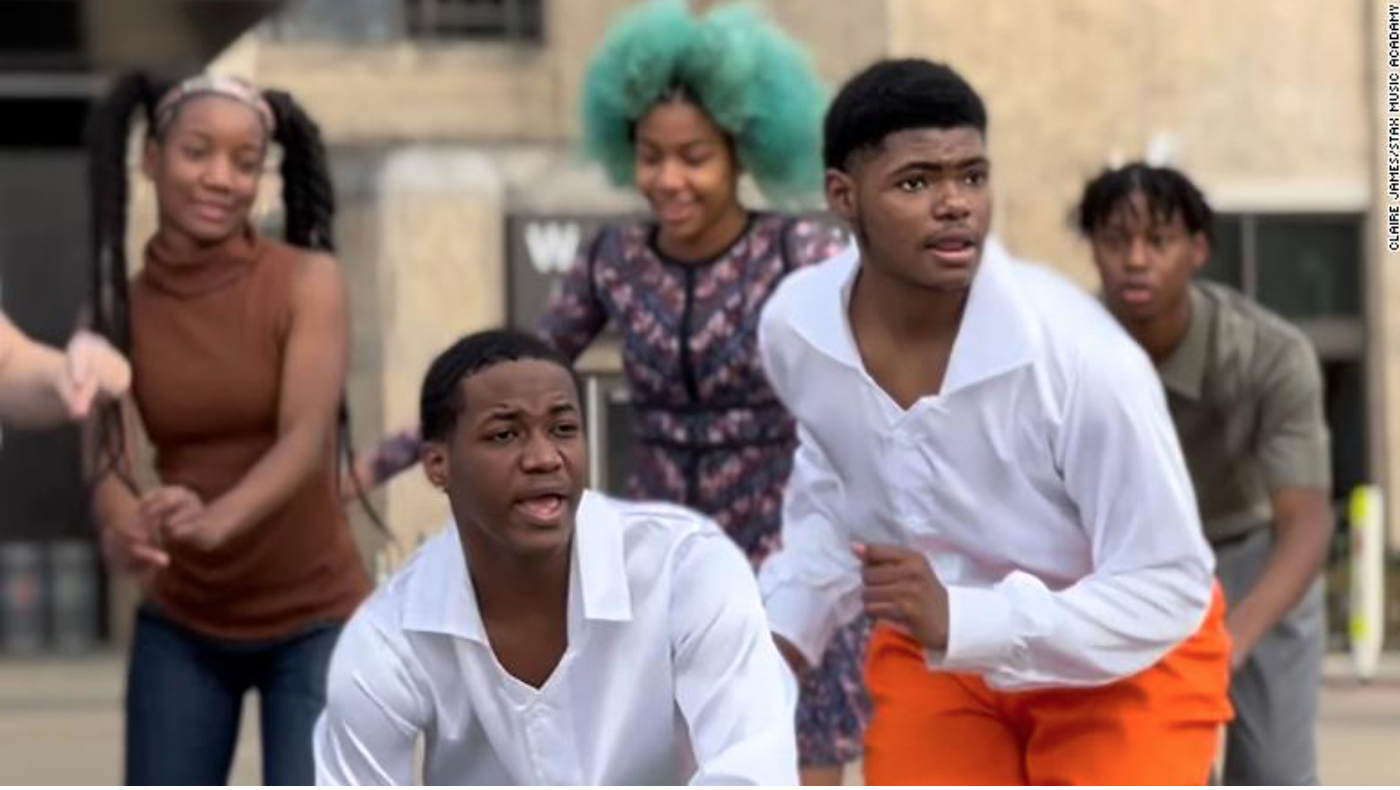 Rickey Fondren, right, and other students of the Stax Music Academy rehearse. Photo by Claire James.

(CNN) Rickey Fondren is a 15-year-old 10th grader with an old soul.

Growing up in Memphis, he says his childhood was shaped around “older soul music.” One of his biggest influences growing up was someone who’s been gone as long as Fondren’s been alive — James Brown.

“I would dress up and copy his moves and sing like him,” he said.

This February, Fondren is getting a chance to show the world his talents as a vocalist and choreographer. Fondren is a student performer in the Stax Music Academy’s Black History Month celebration — “Soul of America: An Evolution of Black American Music.”

For years, the Stax Music Academy (named after the legendary soul record company in Memphis) has celebrated Black History Month with a live concert based around soul music. Their audiences were mainly Memphis students and educators.

Executive director of the Stax Music Academy, Pat Mitchell Worley, says the shows are about much more than soul music though. “It also gives all of the ingredients that got us to soul music. It includes some contemporary music too. So it gives students a throughline of music history — from Black culture and its influence.”

Last year the Covid-19 pandemic forced the academy to abandon its live concert and pivot to video. Like most of Stax Records’ releases, it was a hit.

“We had over 100,000 viewers,” Worley said, noting that people tuned in all around the world. “It wasn’t just educators and mentors who were interested in the show.” 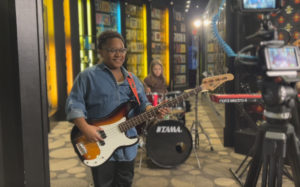 From B.B. King to Queen Bey

The Black History Month celebration this year will include academy students, like Fondren, performing songs from iconic artists like B.B. King and Beyoncé, filmed in locations all over Memphis. The production goes live on February 15, is free to download with registration and comes with a study guide. As the academy puts it, the guide gives context and helps viewers “explore the people, places, politics, economics, and culture that gave birth to Black American Music.”

The Stax Music Academy is a nonprofit organization that provides musical education and youth development for middle and high school students. It’s part of the Soulsville Foundation, which was founded by philanthropic members of the Memphis community and former Stax Records employees. Soulsville is the nickname of the Memphis neighborhood where the Stax campus is located. The foundation, which also operates the Stax Museum, strives to keep the legacy of Stax Records alive and help inspire and educate Memphis youth.

Besides musical training and education, the Stax Music Academy focuses on building character and developing “global citizens.” It also sets up students for college. Last year, all the academy’s graduating students paid for their college through music scholarships. Worley hopes to build off last year’s successful celebration of Black History Month. Besides entertaining, the goal is to continue the mission that Stax Records started in the ’60s — using music to educate and bring awareness to the significance that Black culture and history has played in America.

Stax Records was revolutionary in the rise of Southern soul music in the ’60s. The recording company helped launch the careers of some of that era’s biggest soul musicians: Otis Reading, Issac Hayes, The Staple Singers, Booker T. & the M.G.’s, Sam & Dave, to name a few.
Songs like “I’ll Take You There” and “In the Midnight Hour” would become classics, but in the late ’60s Stax’s releases were beginning to take on more cultural meaning. Memphis and Stax were situated in the heart of the civil rights movement, with songs like “Soul Man” becoming part of the movement’s soundtrack. Then on April 4, 1968, Dr. Martin Luther King Jr. was assassinated at the Lorraine Motel in Memphis. On that same day, less than three miles away, singer Shirley Walton was in the Stax studio recording “Send Peace and Harmony Home.” After Dr. King’s death, The Staple Singers’ “Long Walk to D.C.” would go on to become a civil rights anthem.

The Black History Month performance does not include all these songs, but Worley says, “within the study guide, (if) a particular song may have come out during the Civil Rights Movement, there are lessons on the civil rights movement and things that were happening during that time.”
The production also touches on the role of the church, Black radio and “bridging the intergenerational gap” through music.

The beat goes on

Much of Stax’s music has become living history, and for Fondren, performing it is personal.
“The life experience that they experienced back then, that still retains to us today. As a singer and a performer, you look at the story and the motive behind the song and you use that to perform,” he said. “There’s a lot of artists whose songs I sing and their stories resonated with me.”

The students performing these songs might only be in middle or high school but they take pride in helping pass the torch of this history to the next generation.

“I just feel like music is a big reason as to why I have so much joy in my life,” Fondren said. “We at the Stax Music Academy, these kids putting on this production with all of these old songs, we appreciate that kind of music, and we want it to stay alive. We want to get it out to other people and educate them.”