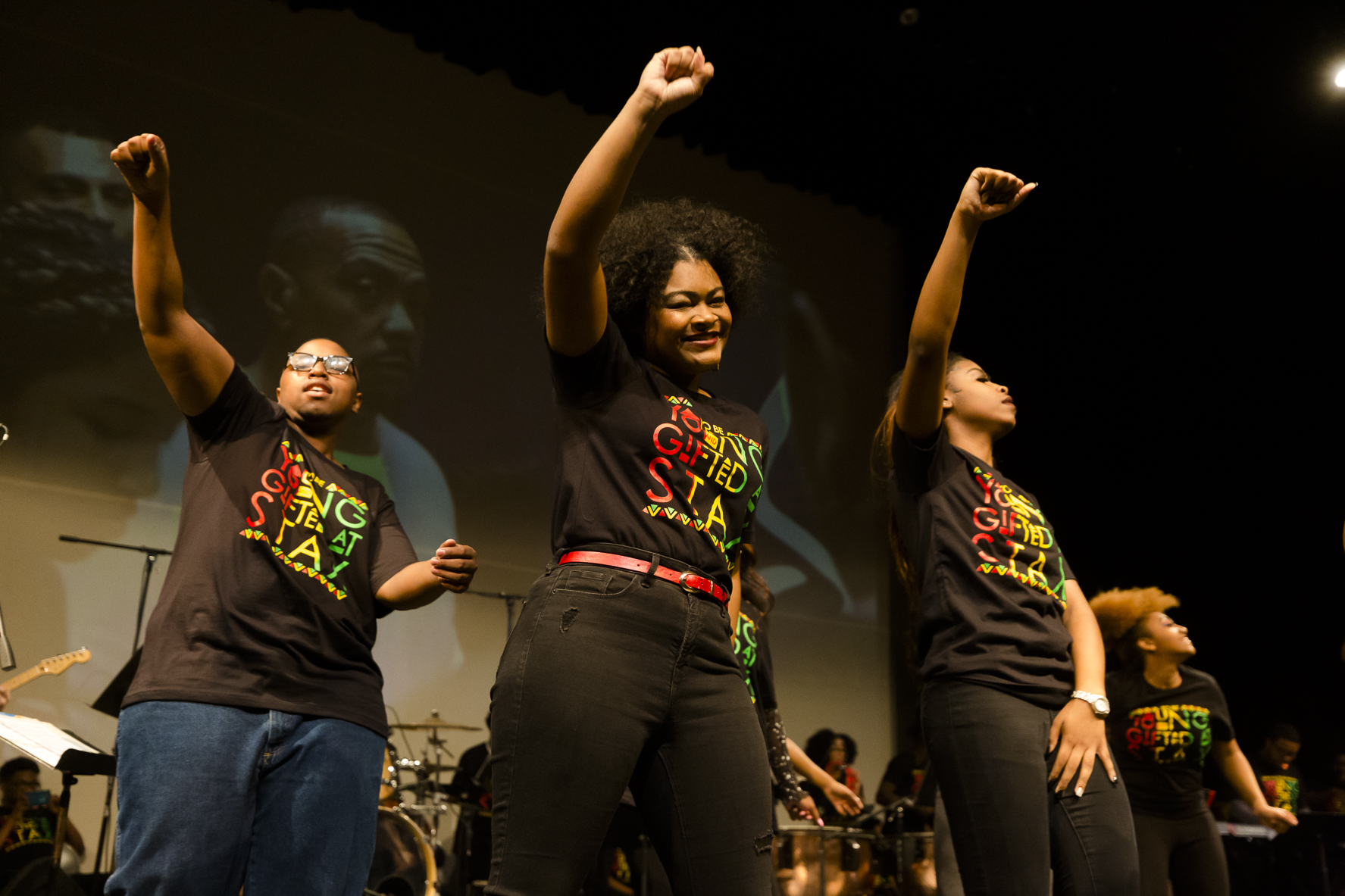 Throughout American history, music has played a pivotal role in the fight for racial equality. From the message songs imprisoned African slaves created as a way to communicate with one another to impassioned protest songs during the Civil Rights Movement of the mid-20th century, the soundtrack generated by Black singers, musicians, and writers has provided as much nourishment for the soul of the struggle as any factor in the fight for freedom.

Today, the world-renowned Stax Music Academy (SMA) plans to blend these echoes of the past with the technology of the future by offering a virtual Black History Month production in February 2021 titled “R & R: Rhythm and Revolution: Expressions of Struggle, Collaboration, and Peace.”

Traditionally, SMA has hosted two live performances in celebration of Black History Month – a free morning show for area students, thanks to our sponsors, and a ticketed evening performance. However, due to COVID-19 safety-related issues, instead of these live concerts SMA will present an online variety show exploring Black history through music, people, and pride. The free virtual concert will be made available not only to every school in Shelby County, but will also be promoted regionally, nationally, and internationally, thereby boosting its audience well beyond the usual 1,800 attendees at our past live concerts.

“R & R: Rhythm and Revolution: Expressions of Struggle, Collaboration, and Peace” will feature the music of soul greats from Aretha Franklin and Mavis Staples to Al Green, Stevie Wonder, The Jackson 5, their sister Janet Jackson, and the legendary artists of Stax Records. Mixed with jazz, spoken word, and original music from SMA’s talented students, viewers will not only feel the beat, but will also learn about history makers such as Ida B Wells, Robert Church, and Langston Hughes and their lessons that are as relevant today as they were in the past.

The virtual Black History Month show will be filmed in various significant locations in Memphis including the world-renowned Stax Museum of American Soul Music at the original site of Stax Records, which will assist in the creation of the educational study guide that will accompany the show. Viewers will see performances and historical vignettes throughout the museum against a backdrop of unique exhibits that tell the story of Stax Records and its vital role in the Civil Rights Movement. Virtual tour and “field trips” for students will be integrated into the overall SMA Black History Month experience.

At a time when racial injustice continues to pervade American society on an ongoing and almost constant basis, it is perhaps more important than ever for your organization to show its dedication to diversity and equality for all people, including our students. They will not only benefit from these lessons from history, but will also have a voice in the challenges and concerns they face today. We are confident that the thousands of young people who view SMA’s virtual Black History Month production will also be moved by these messages of struggle, revolution, collaboration, peace, and music.

For information regarding becoming a sponsor of this event, please email .