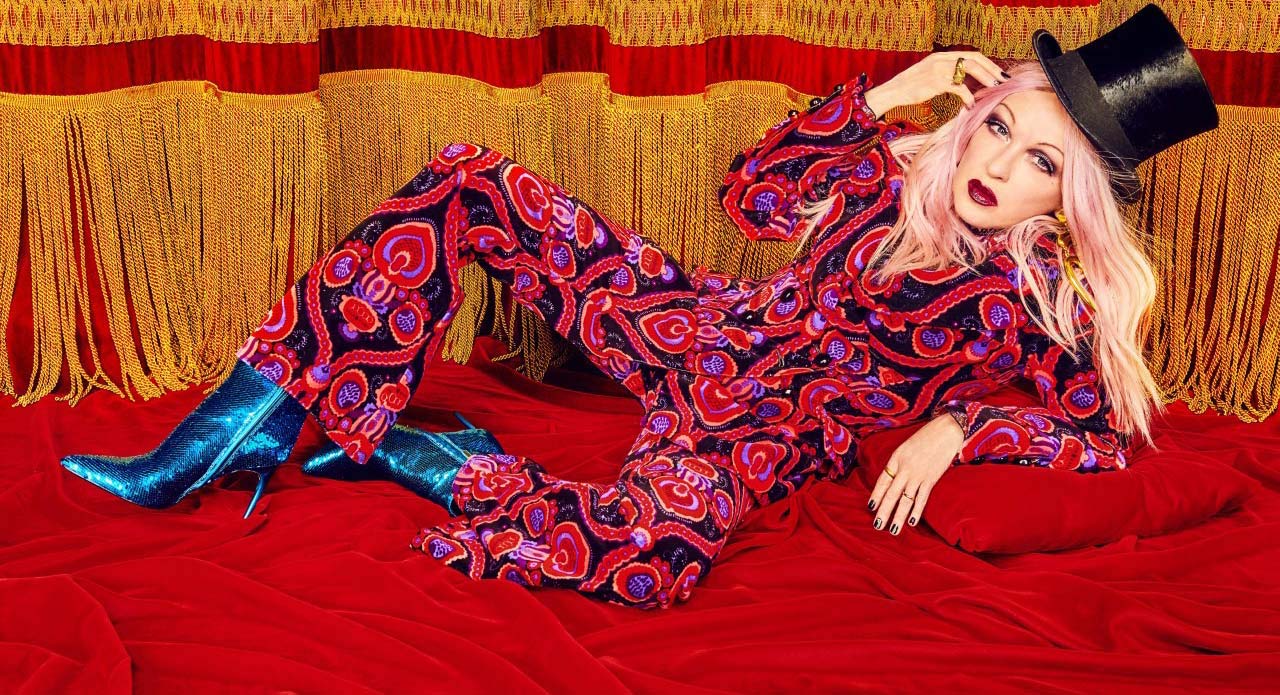 Singer, songwriter, actress, activist, and philanthropist Cyndi Lauper has teamed up with the London, UK/Austin, Texas-based Soundwaves Art Foundation to help raise funds for the nonprofit Stax Music Academy, an afterschool and summer music institute at the original site of Stax Records in Memphis, Tennessee.

Soundwaves has created an artwork based on the audio recording of her mega “She Bop,” released in 1984 as the third single from her debut album She’s So Unusual.

Lauper has hand-signed 50 fine art canvas prints, which are also hand-numbered from 1/50 to 50/50; the image is 24 x 24 with a 3-inch white border. She has also hand signed four original artworks on industry best crystalline canvas and added a different handwritten lyric from the song to each piece. Original artworks are 40 x 40. All originals and prints come with a Certificate of Authenticity.

The signed originals are $3,000 each and signed prints are $450 each. Unsigned prints are also available for $75 each. They went on sale October 29, 2021 with Lauper posting the information on her social media channels.

Sales will benefit the Stax Music Academy, which offers drastically reduced tuition by providing scholarships for the majority of its students and is helping break the cycle of poverty in Memphis by preparing 100% of its students to earn scholarships to college and have thriving careers in the music industry. It does this through intensive music education and life skills programming.

In 2010, Lauper came to Memphis to record her highly acclaimed Memphis Blues album at Electraphonic Studios with special guests B.B. King, Jonny Lang, Ann Peebles, Allen Toussaint, Charlie Musselwhite, and Stax Records stalwarts Charles “Skip” Pitts, Lester Snell, and Howard Grimes. Produced by Memphis music legend Scott Bomar of the Bo-Keys, it reached number one on the U.S. Billboard Top Blues chart and held that position for 13 weeks. Lauper and many of the artists on the album held their LP wrap party at the Stax Museum of American Soul Music, which is adjacent to the Stax Music Academy on a campus at the original site of Stax Records. She also performed her rendition of Otis Redding’s “Try a Little Tenderness” during PBS’ In Performance at the White House: Memphis Soul in 2013, sharing the stage with Justin Timberlake, Queen Latifah, Ben Harper, and Stax legends Mavis Staples, Booker T. Jones, Sam Moore, William Bell, Steve Cropper, Eddie Floyd, and others.