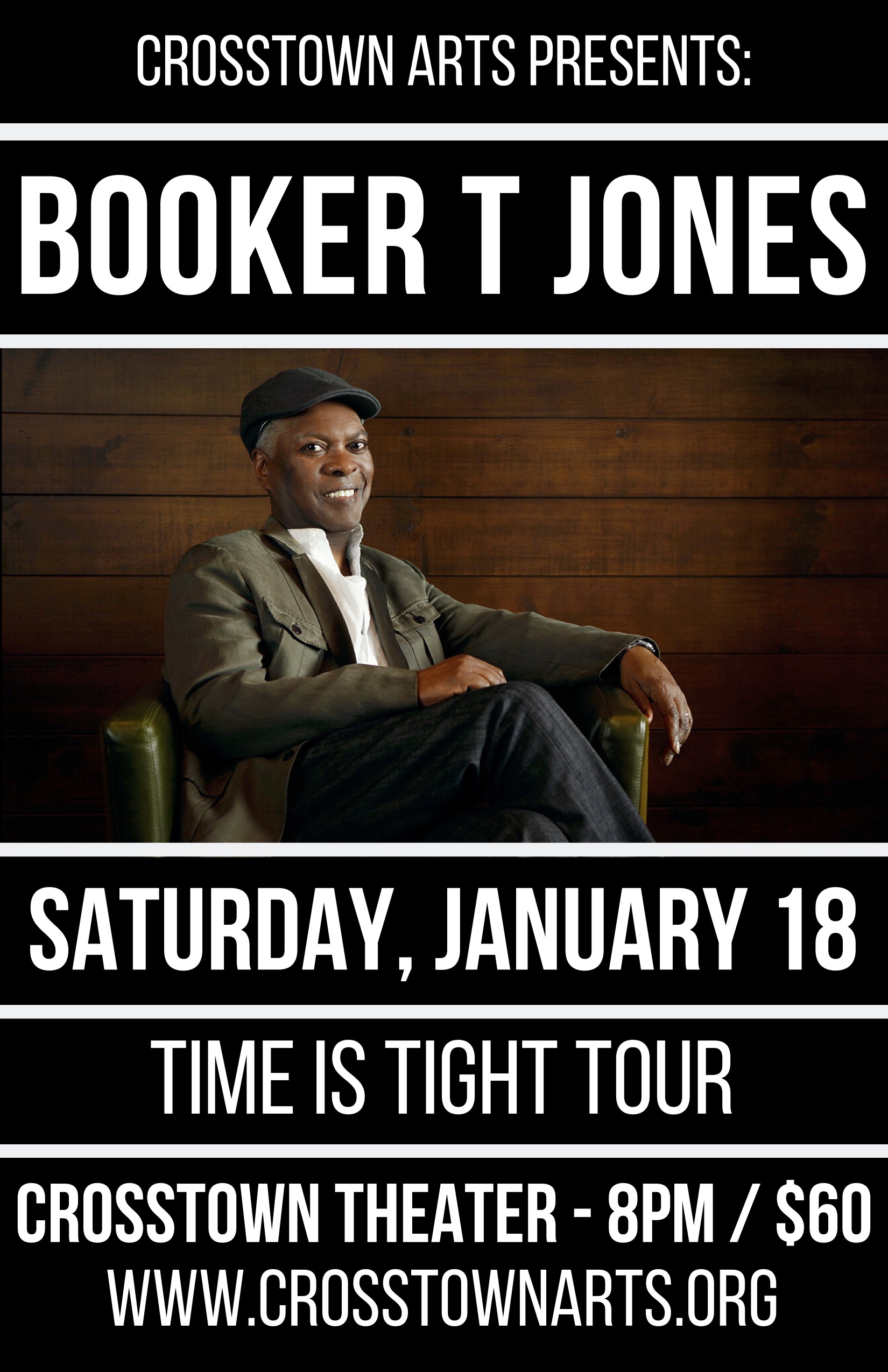 On January 18, 2020, the Stax Music Academy will kick off its 20th Anniversary year by opening for the legendary Stax Records Icon Booker T. Jones at Crosstown Theater. Doors open at 7 pm, concert begins at 8 pm.

Booker T. Jones is a Rock and Roll Hall of Fame inductee, GRAMMY Lifetime Achievement Award recipient, and arguably the most famous Hammond B3 player in history. As leader of the legendary Booker T. & the MGs, this pillar of soul music collaborated with Otis Redding, Albert King, and others during his tenure at Stax Records. Since then, Booker has lent his trademark keyboard chops to and produced classic albums such as Willie Nelson’s multi-platinum hit “Stardust” and Bill Withers’ “Just As I Am” featuring the hit song “Ain’t No Sunshine.” Both Booker’s 2009 solo release “Potato Hole” and his 2011 solo release “The Road From Memphis” won GRAMMY Awards for Best Pop Instrumental Album.

Tickets are $60 and may be purchased HERE.